That’s how long it took me to find her.

Five years after my world shattered, leaving me a scarred and broken man.

By then, the girl I knew was gone. In her place stood a woman. One who looked like an angel. An impossible, beautiful angel.

I killed for her. Soaked my hands in the blood of those who hurt her and rescued her from hell.

But hell has a way of following you. Becoming a part of you. Maybe the only part you recognize.

I had every intention of bringing her home. Setting her free.

I swear I did.

But the men who stole her all those years ago weren’t done with her yet. They’d stop at nothing to get her back. And I’d kill any man who tried to take her from me.

She calls me her avenging angel.

But I know the truth.

Because even as I tell myself I’m protecting her I know one thing for sure.

I am a monster, too. No better than them.

Because just like them, I’ll never let her go.

Author’s note: Stolen is Dante Grigori’s story and although a standalone, would be better enjoyed after reading With This Ring and I Thee Take.

“I like the kill. But I won’t hurt her. Ever. And whether she likes it or not, I’m hers now. Her protector. Her monster.”

Mara, the little girl who went missing all those years ago, along with Dante’s life since the tragedy with his family are two stories interconnected that I was intrigued to know about since the To Have and To Hold duet.

This is a standalone story with a relatively steady-to-slow pacing. It can be wordy at times and filled with details but I found the shorter chapters kept the story rolling along. If you haven’t read the duet, you may find it a little difficult to understand or connect some of the events that happened prior to this story, and unfortunately it only skims through the details in this book. Whilst you can still read this one without having read the duet first, in my opinion you’ll be missing out on the backstory between Mara and Dante, and the history between their families.

There is a blend of worlds and within it particular characters who play significant roles in both Mara’s and Dante’s stories. Knight has written in some great anti-heroes, straight-up villains, and lighthearted characters. The combination of worlds colliding along with these secondary characters provided a contrast of group dynamics and dimension to the overall storyline.

This might sound a little strange but I found the struggles that both Mara and Dante faced throughout and their difficulties moving forward the most interesting to see. Mara especially, has been forced into a particular hellish world for most of her life and it’s clear from day one that not only has it taken a physical toll on her body, but worst, she’s been mentally brutalized. Her mindset is a jumbled mess and seeing Dante (who is broken in his own right) make an effort to get her adjusted and to overwrite her current mentality had me sympathizing them both. There’s a strong sense of unfairness surrounding these two and a saddening realization that their lives could’ve been so different. I don’t think either one of them would’ve survived if it hadn’t been for their strong-willed determination.

It’s a story of second chances, complexed, tortured souls, and a war that’s bigger than either of them could have ever imagined.

With the enormity of the situation surrounding Mara, I was expecting tons of suspense and build-up, so I was surprised to discover that the atmosphere stayed pretty much one level from beginning to end. The premise had piqued my interest, and I was curious by Mara’s character development and Dante’s evolution from the man he was to the “monster” he is now, but I found a lot of the plot twists were predictable losing grittiness and a slight edge. 🤔

The connection between Mara and Dante is evident despite their age-gap and being apart from each other for so long. But I did however wonder at one point when their relationship started to develop romantically if Mara’s feelings didn’t stem from some type of hero-worship. Having suddenly be rescued by Dante from the constant torment— is she of sound mind having romantic feelings for him? Same goes for Dante. With what Mara has been through, is his romantic pursuit of her justifiable? It’s a thought-provoking story and certainly has you questioning some of their behaviour. I’m glad to see Knight has considered this and included her characters to have similar doubts, but it also helped reiterate that Mara and Dante are truly connected on a deeper level. What it lacked in suspense, made up for in the complexity of the characters, their development, and the drive behind their set goals. In plenty of ways I found the characters, their emotions, thought-process, and actions fairly understandable and relatable at times.

Told from first person, dual points of view, this is a dark mafia-themed romance. It contains sensitive subject matters that may be triggering for some readers such as kidnapping, human trafficking, graphic violence and abuse. It also broaches on psychological trauma and effects of captivity. This book is intended for audiences 18+ only.

Overall, I liked reading their story and there was a sense of contentment finally knowing what had happened to Mara since her disappearance, and knowing that despite all she has suffered she gets her HEA with Dante.

Knight has created quite a world-building with tons of potential to expand. She’s introduced characters and as mentioned earlier interconnected worlds, one being from The Society Trilogy, making the crossover seem effortless. I found the setting intricate and with certain secondary characters standing out a little more than others, you can’t help but wonder if there’s more to their story than what is mentioned in this one (and if it will ever be told).

If you’ve read any of Knight’s dark romance books in the past then what you’ll have a pretty good idea of what features you can expect from this book— effortless, easy-to-follow writing, multifaceted characters that instantly have you intrigued, and a great balance of dark elements and romance.

Thank you Natasha Knight and Give Me Books PR for the opportunity to read an advanced copy! ❤

💍 Read reviews for the To Have and To Hold Duet! 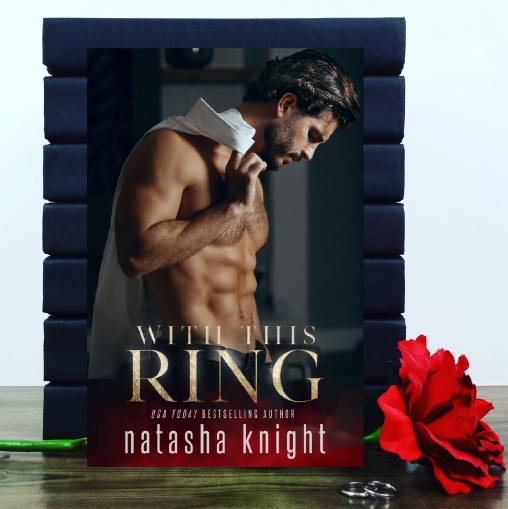 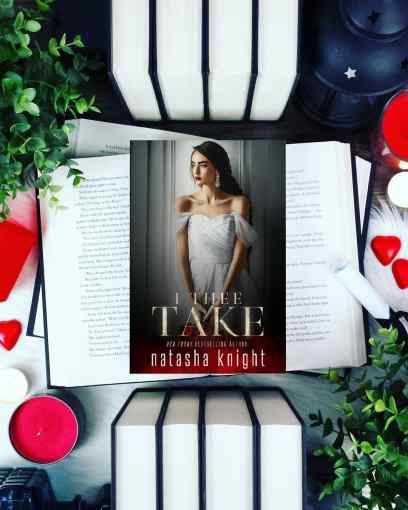 Book One: With This Ring by Natasha Knight