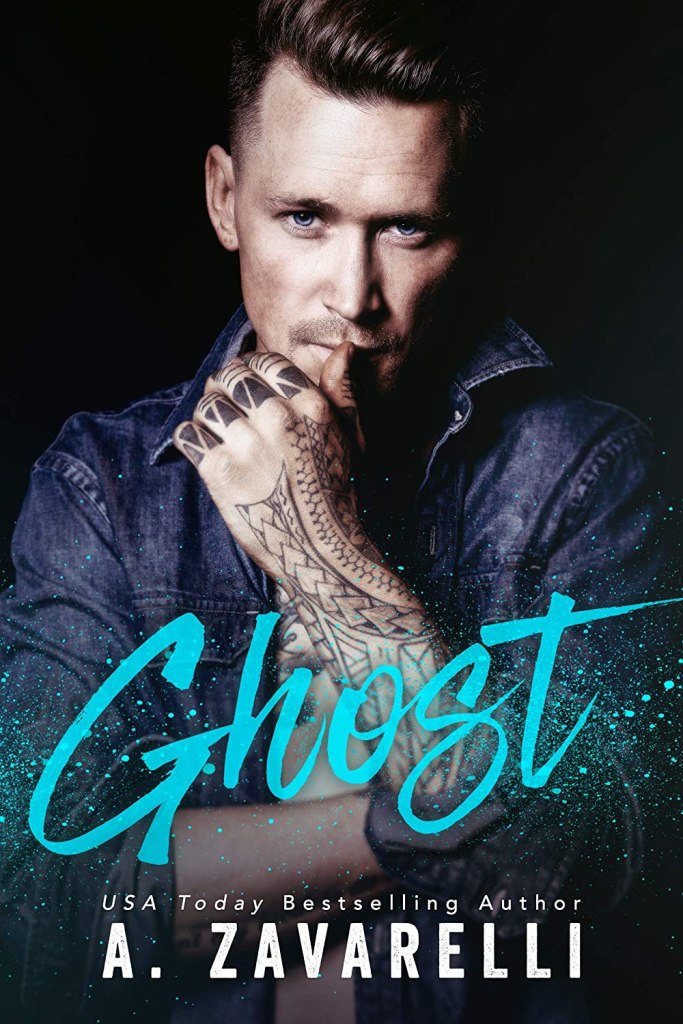 Talia.
I have always been a bird. Caged by one prison or another when the only thing I ever wanted was to fly away.
Sold. Beaten. Starved. Drugged.
Nothing scares me anymore.
Until him.
He makes the numbness go away.
He is hazardous to me. It has nothing to do with his mafia lifestyle, and everything to do with what he offers.
A gilded prison.
A retreat from everything that I once knew. The reality I have no desire to return to.
He thinks he’s caged me, but soon…
I’m going to fly.

Alexei.
I live by a code. The Vory code.
In this mafiya world, there are traditions.
Expectations.
She does not care for these things. She does not care about anything.
She thinks she has me fooled with her haunted eyes.
What she can’t know is that I see her better than most.
She wants to fly.
But I’m going to clip her wings.
And make her my wife.

**This is a DARK mafia romance. A full-length standalone novel with HEA and no cheating.**

Oooh. What to say about Ghost… 🤔

Third book in the Boston Underworld series and it felt so different from the first two. This one focuses on the Irish mob’s Russian ally Alexei. And before this book I had never read any mafia romances that centered around the Russian mob.

If they’re anything as disturbingly haunting, heart-palpitating action packed full of torture and heartbreak like Ghost was, then damn… I’m not sure if I’ll be able to handle it.

Ghost was difficult to get through in the sense that these characters are completely, and utterly broken, that there’s nothing but darkness surrounding them. Reading through their constant struggle was all-encompassing. It grips you and sucks you in. I was enamored, and felt like I was going through it right along with them. The first time around reading this book, I felt like I was in a depressive state all throughout. I could only read a few chapters at a time before I needed a breather. It was THAT heartbreaking and all out grim! This time around, it was a little easier to swallow (as I already knew what was coming), but it still conjured up a tightness in my chest with how much Talia and Alexei can easily consume my attention.

The storytelling is without a doubt spellbinding. I thought Crow and Reaper were cleverly written, but I realize, even though Ghost was a different vibe from those two, was in it’s own way just as compulsive. Despite my breathers, I could not NOT finish it. I needed to know that Talia and Alexei would survive, that they would save each other. That the screwed-up, fucked-up things I was reading would slowly but surely dissipate like a puff of smoke and beyond it would be their happily ever after.

I was on the edge of my seat the entire time. This was one hell of a roller coaster ride, with so many loopy-d-loops, that I seriously thought for a minute there that my poor heart wouldn’t be able to take it anymore. The amount of cruelty that Talia endures in this entire story (both in her past and present) is both unbelievable and shocking. I swear at times even I was done with it all for her. She has a quiet, steely strength. She’s all twisty and a little screwy in the head, but my gosh, she was one addictive heroine (no pun intended).

“I don’t have anything to offer him. Except for my broken thoughts and demented soul, stitched together by my frequent bouts of insanity.”

Alexei was just as complex a character as Talia. He has his own demons that he keeps to himself, and it was one of the many reasons I was intrigued by him. He has an agenda, a reason why he wants and needs Talia right from the second he saw her. It’s partly why this book was attention-grabbing. You NEED to know what happens between them and all the secrets surrounding them. And with danger and shifty characters lurking everywhere, this mafia romance was full of suspense.

“Yesterday, she smiled. And today, she wants to die all over again. Because of me.”

There are a handful of secondary characters in Ghost that have their own mystery about them that’ll have you second-guessing whether or not they can be trusted. The addition of Alexei’s *cough* dysfunctional *cough* family, and close allies from his brotherhood really places you in his world and the world of the Vory (aka the Russian Mafia).

Right off the bat, I was drawn to Nikolai and Franco. I mean, who would complain at seeing more eye-candy, am I right??! 😉😍 I only wished that they both got their own books… *sigh*

There are a lot of relationships and ties in this book that adds another element to Alexei and his life. You get to delve into the dynamics and see the development unravel. I thought Zavarelli could effortlessly create amazing grey characters and anti-heroes, but her antagonists and villainous characters are just as impressive. They’re so cruel with such evil intent that it’ll honestly have you growling at the book. 😅

I’m usually cool with just a good, swoony love story, but if it also involves some deviousness, secrecy and some unpredictability (especially if it gets in the way of our hero/ heroine getting together), then I say it’s a success and more! I love substance in my fiction. I love if the story keeps me engaged from start to finish. I even love it if it leaves me with the biggest book hangover — because that’ll mean that it effected me both emotionally and mentally.

Besides the expanding world-building by focusing on the Russian mafia in this book and putting the Irish in the background, there’s constant growth with both our hero/heroine. It’s gradual, and at times they may go back a step or two in their progress, but you can bet it’s there nonetheless. By the end, you’ll realize how much these guys have grown, as individuals and as a couple, and how much stronger and more content they are with their lives.

This is a bittersweet romance. One where you have to go experience all the darkness and pain first before seeing all the sweet, caring moments. I cried countless times but it also left me feeling lighter by the end of it.

“I will always see you, Solnyshko,” he tells me. Always.”

I didn’t always agree with either Talia or Alexei at times, but they certainly kept me hooked. And for someone who doesn’t know much about Russian culture or the language, I thought the little Russian endearments, and sayings was an extra element I adored seeing in their interactions.

I’ll confess, I probably won’t be rereading this one as much as Crow, but when I do decide to reread, it’ll still have the same effect on me as it did the first (and second) time. I’ll still be anxious, or swooning, or crying over the same scenes!

With dark romances, there’s bound to be some sensitive content, possible trigger warnings included. Ghost, has it all. Explicit content. Severe sexual and substance abuse, violence, along with profanity. Definitely only for readers of age, and for those who are not triggered by any of the subjects mentioned above! 🙏

But I 100% guarantee you won’t be disappointed if you do take a chance on the series. Ghost is book three in the Boston Underworld series, and although each book centers around different couples, the characters and their backstories are still intermittent, so I recommend you read from the beginning.

Book One: 📘 Crow by A. Zavarelli

Book Two: 📘 Reaper by A. Zavarelli

Read more of my reviews on A. Zavarelli books!

Confess by A. Zavarelli

Convict by A. Zavarelli

Hate Crush by A. Zavarelli

Mine by Natasha Knight & A. Zavarelli

His by Natasha Knight & A. Zavarelli

Stealing Cinderella by A. Zavarelli

Catch you in my next one! Stay safe and keep positive! Xo