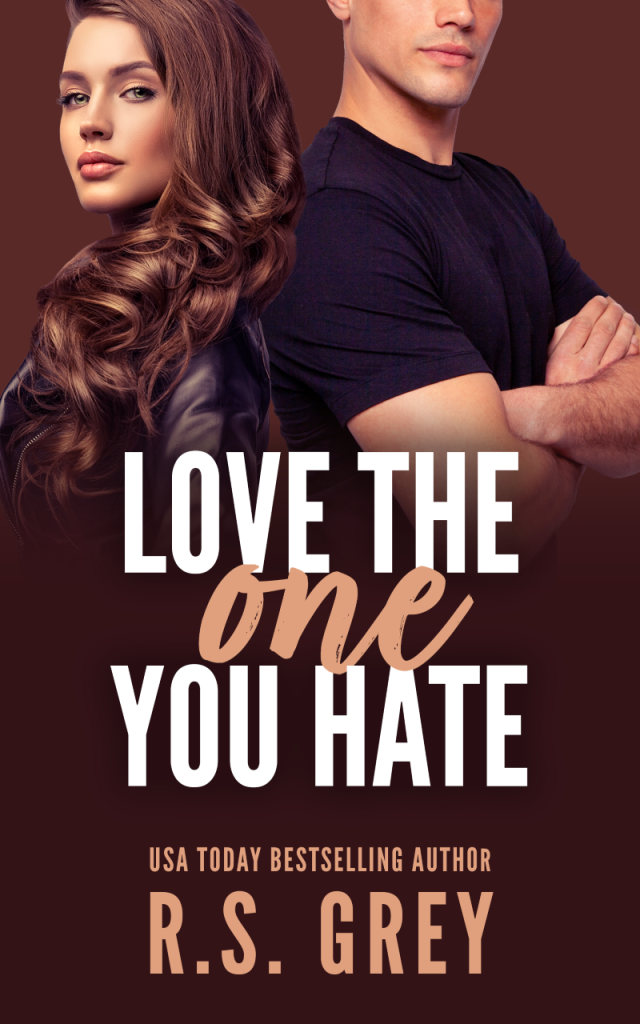 Nicholas Hunt is the man I hate.

His opinion of me is tainted by prejudice even before my arrival at his grandmother’s estate, and my first impression of him is just as abysmal.

His arrogance and icy demeanor make it clear that he’s the type of man who’s best handled at a distance.

Fortunately, space shouldn’t be an issue inside this Gilded Age mansion and its lush gardens. If I stick with the servants and he keeps to his sailboat and vintage Porsche, we should hardly cross paths at all. Unfortunately, at Rosethorn, I find that all roads eventually lead to Nicholas Hunt.

Sparks fly as we spar at the dinner table. Fighting words are flung in the shadows of the palatial halls.

We hang suspended in our hatred of one another, painfully oblivious to the heat and tension that build with every moment we’re left alone. We’re liable to kill one another, I think…right up until my eyes land on his lips and a new feeling grips hold of me: lust.

They say you should keep your enemies close, but when Nicholas tightens his grip on my waist and draws me near, I’m not sure if it’s out of loathing or love.

One thing’s for sure—I intend to find out.

I’m always up and raring to go when Grey has a new release. Her books always has a way of lightening your mood and is a great escape from the daily grind (even if it’s only for a few hours).

Love The One You Hate is a standalone contemporary romance that has a Cinderella/ Pretty Woman/ Pretty in Pink rolled into one story line.

You’re introduced to Maren who pretty much has the worst luck in the world. She’s barely scraping by in the financial department, on the verge of getting fired from her job at an aged care home, and basically has no family to lean on.

But just when she thinks her life is just one big black sucky hole, luck finally throws her a bone in the form of Cornelia Buchanan. Or as I’d like to call her “the fairy godmother”.

Cornelia is pretty much the fairy godmother everyone wishes they had! Kind, thoughtful, giving… and did I mention boatload rich??! Whilst visiting a friend at the home, she sees Maren having a bad day at work and an idea forms out of thin air — Hire Maren to be her personal carer of sorts. Great idea, right?

Enters Nicholas Hunt. Well traveled, classy, a lawyer to boot, and oh yes.. Cornelia’s cold, takes-no-shit, serious grandson. And one look at Maren.. and all he can think is she’s there to take advantage of his grandmother and take her for everything she’s got. Why else would she be there, right?

“It’s like he hated me upon sight. Is that a thing? People drone on about love at first sight, but what about the opposite? Can someone lay eyes on a stranger one time and decide on a whim to hate them forever after?” — Maren

Whilst I adored the concept of this storyline (who wouldn’t love a Cinderella-esque story where the poor girl, finds love and happiness with a man who can offer her the world?!).. it did feel a little choppy for my liking. There’s quite a few little sub-plots happening within this story but they all fizzled out. I would’ve liked to have seen one or two of those side stories lead somewhere. It almost felt like they were added on as fillers..? A lot of things were left unfinished or quickly settled. Not to mention the epilogue confused me. There was quite a lot of change that I, for one did not see coming at all as there were no hints of it prior. Sigh.

You want unpredictability in your reads? You’ll get it from this one. Hehe.

But there are a handful of positive features in this book. Like Cornelia and Maren’s blooming bond. They have a nice friendship that’s consistent and probably the only stable relationship throughout. I enjoyed reading their time spent together.

Then you have Maren and Nicholas, who are from two different words. She’s considered an outsider, not from the same class, and before coming to stay and work for Cornelia she was pretty much a loner. Nicholas and his family are well known. He’s hanged out with the same circle of people all his life. So saying their relationship is complicated is an understatement, but I couldn’t deny every time they were in the same room, the zing was strong!

Nicholas was wary, judgmental and a little cold at first but was quick to accept he prejudged Maren and was willing to admit he made a mistake. Maren on the other hand came off as a little rude and standoffish towards Nicholas — which I must say I was a little taken aback considering he is Cornelia’s grandson. You would think she would try to befriend him or at least be civilized, but sadly that wasn’t the case at all. There’s a lot of game playing involved and I found that there was very little about her I did like (besides being a great companion to Cornelia) 😞

In all honestly, whilst there were a lot of parts I enjoyed reading from this book, but it’s not one of my faves from Grey. It fell a little short with little to no real character growth from either protagonists. Whilst there was obvious chemistry between the two, I wouldn’t even call what they had a proper relationship (and based on how it was going, certainly one I didn’t see lasting).

“If you and I hadn’t gotten off to such a rocky start, I think I would have found you very handsome.” — Maren

But Grey is a pro at creating witty banter between her characters and she always knows how to lighten the mood with a little humor. I’m happy to say it’s no different with this one! I may not be a fan of Maren, but there was some secondary characters that I did find appealing and gave this fictional world a little more depth in the sense that you get the gist that Maren is brought into a world of exclusivity and social standing.

All in all, a fairly well-paced story. A nice familial bond with Cornelia really being the link between Nicholas and Maren. A couple of entertaining secondary characters that never fail to make me smile. And a few saucy scenes between our leads. Romance readers who enjoy an enemies to lovers/ hate to love trope will certainly have no problems settling in with this one on a comfy couch! 😉

If you’re an avid fan of R.S. Grey and her books, then you’ll want to add this one to your collection. It’s a modern take on…

Thank you to R.S. Grey for the opportunity to read and review an advanced copy! 🧡

Add to your TBR: Goodreads

Grab your copy below!

R.S. Grey is the USA Today bestselling author of over twenty novels. She lives in Texas with her husband and daughter, and can be found reading, binge-watching reality TV, or practicing yoga!

Don’t miss out on all the latest news! Newsletter Sign Up!

If you’re interested in reading my reviews for previous books by R.S Grey — check out the ones below!

Hope you’re all well, friends! Keep safe, and I’ll catch you in my next one! Xo