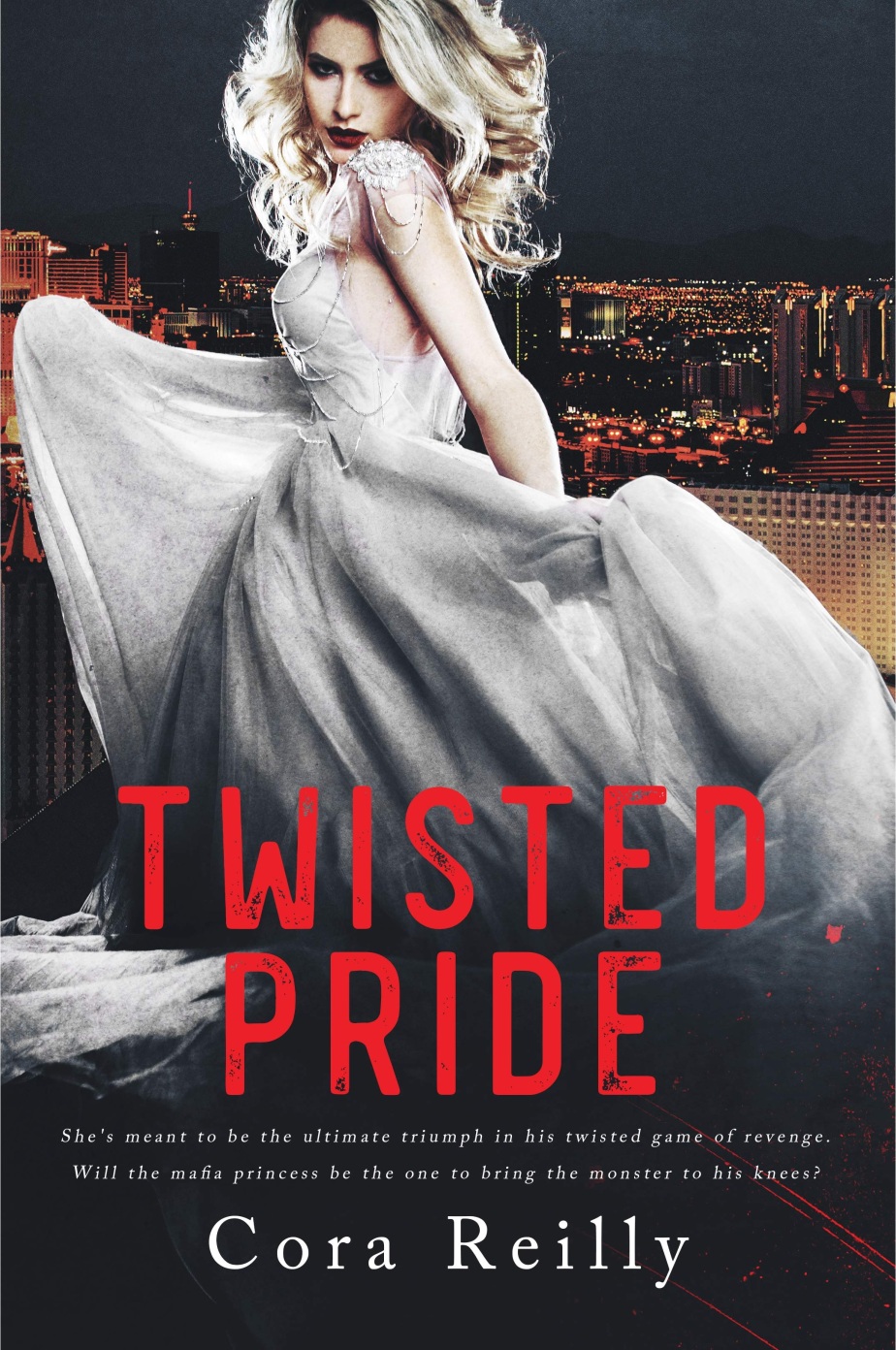 Remo Falcone is beyond redemption.

As Capo of the Camorra he rules with a brutal hand over his territory – a territory the Chicago Outfit breached.

Now Remo is out for retribution.

A wedding is sacred, stealing a bride sacrilegious.

Serafina is the niece of the Boss of the Outfit, and her hand has been promised in marriage for years, but kidnapped in her wedding dress on her way to church by Remo, Serafina quickly realizes that she can’t hope for saving. Yet, even in the hands of the cruelest man she knows, she is determined to cling to her pride, and Remo soon understands that the woman at his mercy might not be as easy to break as he thought.

A ruthless man on a quest to destroy the Outfit by breaking someone they are supposed to protect.

A woman intent on bringing a monster to his knees.

Two families that will never be the same.

Okay. This is probably the most anticipated book from the Camorra Chronicles since we got a taste of Remo Falcone’s crazy in Bound by Love and Twisted Loyalties.

Not only is he the Capo of Las Vegas, oldest brother of the four Falcones (excluding Ryan – sorry Ryan), total badass alpha, and has the aura of power, darkness, unpredictability and is all around loco (at least in public).. it’s safe to say there’s more to Remo than meets the eye. Much, muuuuch more! 😉

Can I just say I had high expectations of Remo. But Twisted Pride was everything I hoped for and then some. Remo is a dream! Thank you Cora for creating such a complex, hellish character! ❤

It was dark. It was twisted. It was addictive. Some parts were predictable but the good kind of predictability. The kind where you were wishing this or that would happen and bam, it did! — Which of course makes you all giddy because you half expected it to not happen, but then on the other hand it has you all chuffed, plucking invisible lint of your shoulder like “yeaah, I knew it!” Hehe.

It was action-packed from the first chapter, guys! It just flowed! If you’re like me who’s deathly afraid of roller coasters IRL, I guarantee this will be more your speed (and no vomit bag needed either.. unless you get squirm-ish over blood and torture.. then.. hmm never mind).

The storyline was well written, perfectly executed and in my opinion one of Cora’s best. The world-building just gets better and better. I loved that you can see character growth within the book (in all of Cora’s books, really). You can visibly see how far that character has developed, grown and matured in a space of 300 or so pages.

I was hoping to see more of the brothers as a family and to see their group dynamics  — because we only got to see glimpses of it in the previous books (Cora’s so good at giving as just enough so we stay hungry for more) but I got it in spades! I live for all the Falcone brotherly moments.

The subtle and not-so subtle ways they show each other that they would do absolutely anything for one another. The us against the world.. four horsemen.. all for one and one for all mentality. It definitely feels different from the other families we see in Cora’s mafia world. As much as I’ve always loved (and will always love) Luca and Matteo’s sibling relationship, I think the Falcone’s relationship tops even them (at least for me). There’s something about it that felt so believable; a stronger bond.. (maybe it’s because I’m one of three sisters and the ups and downs we’ve gone through together.. lol ugh who knows?)

Honestly, if I was living in this world, I would flail my arms, yell out 🙋‍♀️ “I volunteer as tribute!” and get my ass moving to Las Vegas to join Remo and the gang! 😜

Another thing I should bring up: The humor. If you love banter in your reads then you can bet you’ll enjoy the banter in this one. The jokes amongst the boys and the unexpected words said will have you snort-laughing. Oh man, I lost count of how many times it happened to me. Don’t read this book in public, people!

Hm what else…? Oh yeah. There’s the steamy scenes. Can’t forget that! You can fry an egg from the heat coming off Remo and Serafina whenever they’re in the same room. There’s plenty of *cough cough* grabby hands… so you’ll get your fill (ooh… should I have used another saying? Lol sorry) #dirtyminded. The chemistry between Remo and Fina is palpable! The whole enemies to lovers/ hate-to-love trope has always been my fave in romance books and theirs was a scorcher! *fans self*

And speaking of Serafina. What a chick! She’s a mix of Aria’s innocence, Gianna’s courage, Liliana’s heart, Valentina’s sense, Cara’s perseverance, Leona’s street smarts and Kiara’s strength in one. She definitely has a place in my top three favourite ladies along with Gianna and Leona!

I was waiting for a woman in these books who could defend herself. Someone who wasn’t your typical mafia princess, and my gosh she had me on the edge of my seat ready to fist pump the frickin’ air!

OK OK! Quick Fire Questions! (Without giving too much away)

Will there be surprises? Hm. Maybe.

Will you need tissues? Yes. I didn’t cry.. but I did get teary. I needed tissues for the snot-fest that started when my eyes watered. Black heart be damned!

Is there a cliffhanger? Well, you’ll certainly be sighing once you hit the last page.

Will Twisted Pride leave you with a hangover? Oh fuckity fuck, yes!

More importantly, how graphic is it? Any trigger warnings? There’s violence, profanity and sexual content. Detailed scenes. So, readers 18+ of age only!

Twisted Pride comes out on April 16, 2019. Hence, a spoiler free review at this time. I find it hard to write up reviews without adding spoilers, fave quotes and swooning over certain scenes so I apologise if this review is a little out of sorts. All you need to know is did I enjoy reading it? Yes. Would I recommend it? Double yes!

I couldn’t fault it and I couldn’t put it down. I actually reread it again right after the first time.. and then I read it again before I wrote this review. It’s for every reader who loves a good devilishly twisted dark romance. If you haven’t started this series and still need some convincing, read my reviews on the first two books.

Thank you to Cora Reilly for the opportunity to read an advanced copy! ❤

Happy Reading. Catch you guys in my next one! Xo