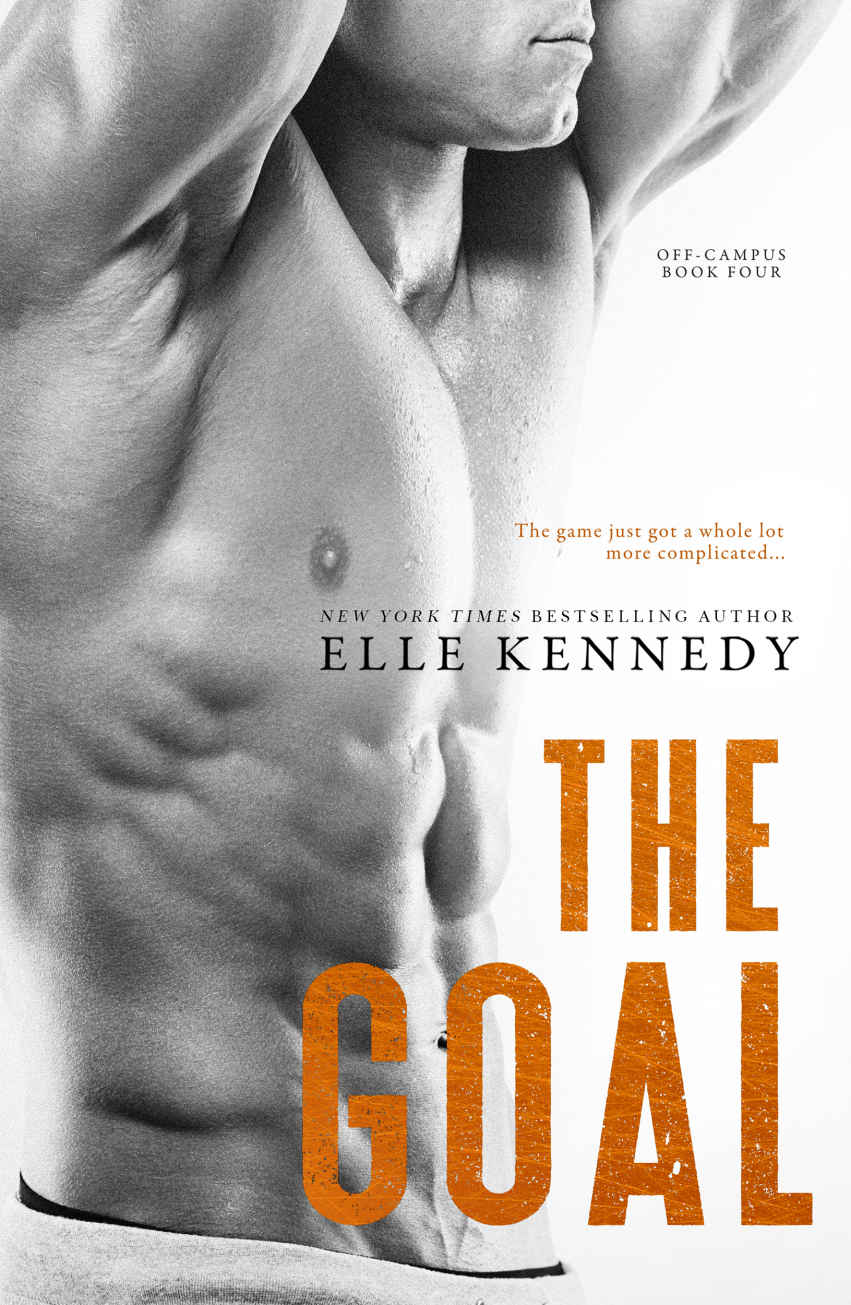 She’s good at achieving her goals…

College senior Sabrina James has her whole future planned out: graduate from college, kick butt in law school, and land a high-paying job at a cutthroat firm. Her path to escaping her shameful past certainly doesn’t include a gorgeous hockey player who believes in love at first sight. One night of sizzling heat and surprising tenderness is all she’s willing to give John Tucker, but sometimes, one night is all it takes for your entire life to change.

But the game just got a whole lot more complicated…

Tucker believes being a team player is as important as being the star. On the ice, he’s fine staying out of the spotlight, but when it comes to becoming a daddy at the age of twenty-two, he refuses to be a bench warmer. It doesn’t hurt that the soon-to-be mother of his child is beautiful, whip-smart, and keeps him on his toes. The problem is, Sabrina’s heart is locked up tight, and the fiery brunette is too stubborn to accept his help. If he wants a life with the woman of his dreams, he’ll have to convince her that some goals can only be made with an assist.

** Each book in the series can technically be read as standalones but I recommend you read them all, in order.

What a bittersweet ending to one of the most awesome series I’ve been lucky enough to discover! I wish I could rate it a little higher but I just didn’t love it as much as the previous books.

Tucker has always been the quieter, more mature one from the guys in this series and he stayed true to that in this book. To be honest his story was the least I was looking forward to reading because he was a little more on the serious side, with less humor.. and it just didn’t hold my interest.

Add Sabrina James into the mix (she was introduced in Dean’s book; The Score as his arch nemesis) and you’ve got me dragging my feet. #sorrynotsorry

I wasn’t a fan of Sabrina.. and honestly anyone who dislikes Dean (aka perfection!) as much as she did isn’t getting any support from me. I thought she was annoying. I was actually waiting for the moment where she would snap out of it and win me over but it never happened.

Ironically though, I agree with her when she kept thinking to herself the Tucker deserved better and that she’s ruining his life by altering it with the bombshell of getting knocked up with his baby. Uuck. But what can you do?! Tuck was head over heels in love with her and well…love is blind. LOL.

And although this was supposed to be Tucker’s story, it felt like I was reading more about Sabrina and her shitty life. Thank goodness for her two cool besties, the cameos of the couples from the previous books and the little snippets of what was to come in the spinoff series, or I would’ve taken a lot longer to finish this.

There was way too many annoying characters in this book which was a shocker considering in all three previous books I loved all the characters and found none needed an ass-whooping. But with this.. I could name who would be in my throat-punch list.

Annnnd… here they are:

OK.. *exhales* Time to get into the good, positive bits of this book.. Tucker 😉 I tell ya, I may dislike his mom but she did raise one helluva man! Besides his hotness – He has manners. He’s smart. He’s caring. Awesome, supportive friend. Totally stepped up when it came to responsibility (and I actually think he enjoyed it). Sabrina definitely hit the jackpot with that one!

In comparison to the previous books, I didn’t find this one as fast paced. I actually took several breaks from reading it because I couldn’t sit still for than a few chapters at a time.. whilst with the others I practically sacrificed sleep coz I couldn’t put them down.

There was less humor (but like I said earlier, Tucker was the more serious from the bunch), and Sabrina was the no-nonsense gal. There was also fewer mentions of hockey in this one but quite understandable because it was their last year at Briar University, they had a shitty hockey year and therefore it was redundant to keep up with any mentions of it because they weren’t playing. So their story concentrated more on the romance side and dealing with family, and their future outside of school and hockey.

All in all, not my fave but no regrets whatsoever in reading it. I got to clue in a bit more about what the first book in the spinoff series (Briar U) and had me excited to start Fitzy’s story, and seeing the new bunch of characters who’ll be taking over.

Read my reviews for the books in the Off-Campus series!

Book One: The Deal by Elle Kennedy